The Hard Facts on Vaccinations 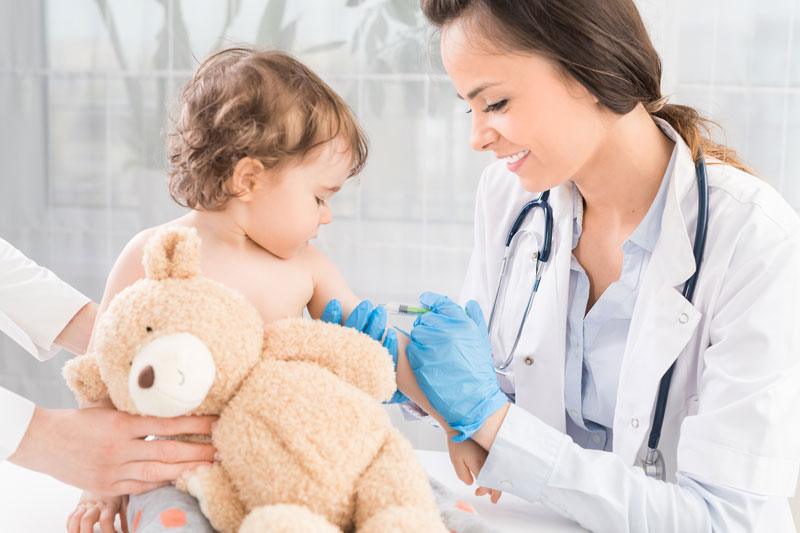 The United States has recently been experiencing a record-breaking measles outbreak despite declaring the disease as eliminated in 2000. From the beginning of 2019 until April 19th, there have been 626 confirmed cases of measles in the U.S. across 22 states: Arizona, California, Colorado, Connecticut, Florida, Georgia, Illinois, Indiana, Iowa, Kentucky, Maryland, Massachusetts, Michigan, Missouri, Nevada, New Hampshire, New Jersey, New York, Oregon, Texas, Tennessee and Washington.

Measles cases can occur from travelers contracting the disease abroad and bringing it back to the United States and in communities where people are unvaccinated. Measles is a very contagious, and sometimes deadly, disease that can be spread easily through the air from coughing or sneezing.

According to the Centers for Disease Control and Prevention (CDC), measles can be prevented from the MMR vaccine which also helps prevent mumps and rubella. The CDC recommends that children receive two doses of the MMR vaccine with the first dose at 12-15 months and the second dose at 4-6 years.

The MMR vaccine is 97% or 93% effective at preventing measles, respectively, for two doses or a single dose. The vaccination started in 1963, before which time approximately 3 to 4 million people contracted measles. Although the CDC ensures that the MMR vaccine is safe and effective, many people still decide against vaccination. While people have various reasons for deciding against vaccinating their children, many people make the decision in large part due to misinformation in two different studies that were published in 1990 and 2002. Both studies are often cited as evidence that the MMR vaccine causes Autism Spectrum Disorder (ASD). It is important to note that both studies were critically flawed and have both been redacted. Redaction means the studies can no longer be considered part of scientific record due to fraudulent and misrepresented data.

In the 1998 study, the author hypothesized that the MMR vaccine caused autism due to intestinal inflammation and harmful proteins entering the bloodstream and affecting the brain. This hypothesis was formulated due to 8 of 12 children in the study having ASD with intestinal issues and an ASD diagnosis within one month of receiving the vaccine. This study has since been debunked due to the vaccine being delivered during the age that many children are diagnosed with ASD and not studying both vaccinated and unvaccinated children. Additionally, the reported intestinal issues occurred after the ASD diagnosis for all participants.

In the 2002 study, the same author once again reported on intestinal issues and correlation between the MMR vaccine and autism. The study suggested measles was more prevalent in the intestinal biopsy of children with autism than those without autism. The study was redacted because the measles vaccine virus is live, and the authors failed to differentiate between the natural measles virus and vaccine virus. Another critical flaw was that the person performing the tests knew whether the samples were obtained from children with or without autism, which is not scientifically sound for blind studies.

A well-controlled study was conducted in 1999 in which the relationship between the MMR vaccine and autism was examined. The study found no difference in prevalence of autism in vaccinated or unvaccinated children and no difference in age of diagnosis. The study also found that the symptoms of autism did not occur within six months of vaccination. There have been several other studies published in peer reviewed journals that refute the findings of the redacted studies, including a study in which medical professionals viewed videos of children prior to their MMR vaccinations and identified signs of ASD.

With so much information available at our fingertips, it is important to possess scientific skepticism when reviewing any information and is equally important to consider the source. For more information about measles and the MMR vaccine from a reputable source, visit https://www.cdc.gov/measles/vaccination.html. The CDC provides a free printable page that outlines recommended vaccines and milestones for your records which can be found here: https://www.cdc.gov/vaccines/parents/downloads/milestones-tracker.pdf. Additionally, speak with your pediatrician to make a well-informed decision regarding vaccinations for your child. If you are concerned that your child is not meeting the milestones linked above, it is recommended you discuss your concerns with your pediatrician as early intervention is critical.

**BCOTB has been Tampa’s leading provider of pediatric ABA therapy since 2003. With four clinic locations throughout the Tampa Bay area, we know that our clinic is the right spot for your early learner! BCOTB focuses on in-clinic early intervention for children from birth to ten years old. BCOTB accepts most major insurances, including, but not limited to: Aetna, Anthem, Baycare, Beacon, BCBS, Cigna, CMS, Florida Blue, Humana, MHNet, Meritain Health, Magella Health, UnitedHealthcare, and TRICARE.**